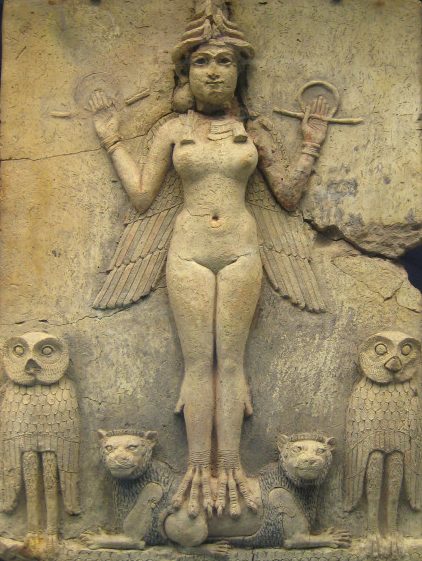 Enheduanna sat in her private study with a soft clay tablet before her and a writing tool in her hand. Carefully she pressed the implement into the clay, creating the figures upon it to reflect the words swirling in her mind, demanding to be let out. The last few months had been maddening for her, reliving the same dream from the gods every night and feeling the sense of dread that told her the gods were angry. Yes, the empire was in turmoil with the rebellions cropping up everywhere as the people refused the rule of their new king, but this was expected. It was always expected. People disliked change despite its inevitability.

She could feel Inanna’s turmoil, see it in her dreams and know that this time the change would immensely hurt. Still, she felt the need to comfort the goddess she loved so much, to reassure her that she, Enheduanna, would work tirelessly to see the world prosper under the leadership of the gods. Yes, she was the High Priestess of Nanna-sin, a duty she performed loyally, but Enheduanna’s heart remained firmly within Inanna’s realm. In the quiet hours of reflection and writing, she rejoiced in her Lady’s rule and sought to strengthen it upon the world of the living. Thus, she wrote her poems. She pressed the words Inanna gave her to clay, burning each tablet so those who came after her would see and understand the true queen of the gods – Inanna. Then, by pressing her name to each piece of work, Enheduanna would show her strength and blessings to the world, and beyond.

The words flowed freely as she promised her Lady eternal servitude, reminding Inanna of all her glory and accomplishments to try to ease her troubled mind, but the pressure in her gut remained. It felt as though the goddess just could not be appeased, could not understand why her earthly representative was unable to see what was being shown. Enheduanna felt the frustration and pressed the figures into the clay more deeply, letting the emotion come forth.

No More Kids In Cages

A political art project to raise the voices of those detained in immigration facilities.

The Art of Blogging

A journey through the canon of books, music, art and culture

A blog chronicaling my journey to become a better writer in my post Cancer world.

Mind too spins on its own axis between the day and night. There's no wrong or right side.

Smile! You’re at the best WordPress.com site ever

The History Queen
The Workshop

a community for emerging writers

weekly conversations on the world of telling true stories, by Proximity

jonasrask|photography
A Light Circle
160over90 Blog

A journey through the toughest challenge of my life.

Our Modern History
Live to Write - Write to Live

We live to write and write to live ... professional writers talk about the craft and business of writing